Forget ordinary! Wow your guests with truly unique and unforgettable group experiences and events. We can cater for a range of bespoke functions and events and turn them into the stuff of legends!

Stress within the workplace is at an all-time high, whether a condition of the world we live in now or simply the rigors of work, employees are reporting their jobs are the single greatest source of stress in their lives.

While stress can’t be entirely eliminated from the workplace, employers can help employees learn how to manage stress and improve their wellbeing.
AJ Hackett Bungy New Zealand have teamed up with some of the best wellbeing practitioners in New Zealand to bring you a range of workshops aimed at improving the mental wellbeing of Kiwis

Be transported to a world of fun, thrills and excitement. We offer iconic experiences that showcase the best of New Zealand from simply stunning locations. Be dazzled by the lights of Auckland city at dusk as you drink in the view from the SkyWalk path at the top of the Sky Tower or feel as though you have stepped into middle earth at our Kawarau Bungy Centre with an impressive fireworks display shooting high up into the air. Whatever your occasion with over 20 years’ experience you can trust us to create a memorable event.
Our professional conference & incentive staff know that organisation is the key to any successful function, and they are there to guide you all the way through from early planning to on-site support for your event. With their vast experience they are unflappable and can handle last minute changes to the run sheet with ease. ENQUIRE NOW 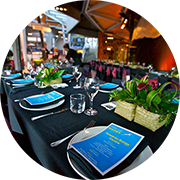 Treat your guests to a full sit down dinner of locally inspired dishes made with fresh produce while being entertained with aerial performers, local band or DJ. Our digital display systems are perfect for that all important annual award ceremony presentation. Plus no one will forget the CEO Bungying in their suit. 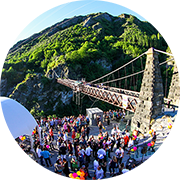 Enjoy a night where you can be anything from super casual with gourmet BBQ to a glamourous evening event where we roll out the red carpet. We can cater to a wide range of group sizes and have access to a large selection of menu options. 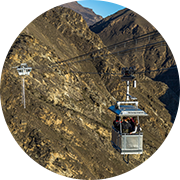 Give your high performers the experience of a lifetime. Explore Auckland from the top of two iconic structures or truly test themselves amidst the natural beauty of our Taupō or Queenstown sites. Our Queenstown sites are accessible via helicopter, an option that lifts the wow factor even higher. 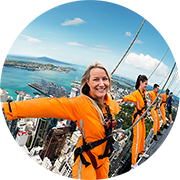 Nothing says team building like a challenging shared experience. Our activities are all based around height and you can go as soft adventure or extreme as you like, including Bridge Climb, Swing, Bungy, Zipride, Skywalk/SkyJump and Catapult. 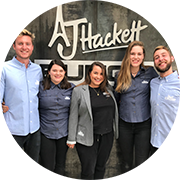 Our specialised conference and incentive staff will work with you to make sure that everything goes to plan. Our staff know our venues and capabilities inside and out so you can rest easy, you are in great hands. 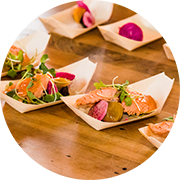 We have a variety of food and beverage options that differ based on venue location. But one thing that all our sites have in common is that we work with reputable caterers that specialise in their craft and have long-term satisfied customers. 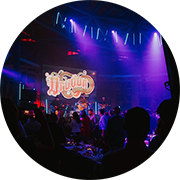 Need some music to liven up the party? We have a range of entertainment options. Some of our locations can even be set up with everything from Kapa Haka groups, aerial performers to a stunning fireworks display. 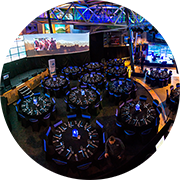 There are variety of additional services available depending on the nature and scale of your event. Some of these are able to be provided by our partner and include; security, technical services, lighting & audio visual. 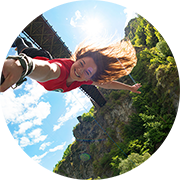 Back in 1988 two pioneers jumped into the world spotlight by launching the world’s first commercially operated Bungy Jumping site. Today we have five Bungy jumps, three in Queenstown and two in the North Island - Taupō Bungy and Auckland Bridge Bungy. Each jump site offers a different experience. In Queenstown, the Kawarau Bridge is the original and arguably still our most popular jump. The Ledge is our freestyle Bungy where you can do a running jump and the Nevis Bungy is the highest in Australasia at 134 metres (439ft). At 47m (154ft) Taupo Bungy is Aotearoa’s highest cliff-top jump. The Auckland Bungy is 40 metre (131ft) and the only ocean touch jump in New Zealand. 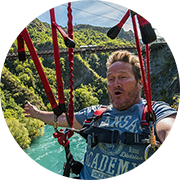 The Zipride is an excellent option for conference and incentive groups. Without the fear factor of some of our other options this is pure and simple FUN for all! Comprised of 3x 130m (426ft) zip lines the Zipride can take up to six people at once, allowing for solo or tandem rides and with a variety of ride styles (including superman and upside-down), you can take your pick as you race against friends and colleagues reaching speeds of up to 60kph (37mph). 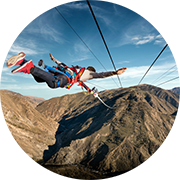 Get ready to ride the biggest and most extreme catapult in the world! You’ll be propelled 150m (492ft) up and out across the Nevis Valley, experiencing up to 3Gs of force as you reach speeds of almost 100kms (62mph) an hour in 1.5 seconds flat. A hair-raising drop will have your blood pumping and you’ll be screaming for another hit! There’s a reason our crew dub it the Thriller! 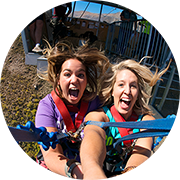 Queenstown is the home of two exciting swings. The Ledge Swing, located at the top of the Skyline Gondola provides stunning views over Queenstown with Lake Wakatipu and the rugged mountains beyond. Ride tandem on the Nevis swing for double the fun and try out the different ride styles truck’n trailer, yin and yang, back2back, honeymoon and much more. We also operate the Taupō Swing, a 44m (144ft) rope swing out and over the mighty Waikato River. 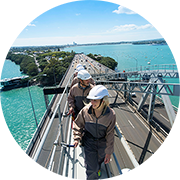 With unparalleled access to the Auckland Harbour Bridge, this is not just the most unique Auckland attraction; this is the only Bridge Climb in all of New Zealand. Put another way, you’ve simply gotta do it! AJ Hackett Bungy NZ provides the only walking access onto this Auckland landmark, complete with your very own tour guide to share with you the Bridge’s colourful secrets and amazing architectural features, as well as pointing out some of the best Auckland sights. 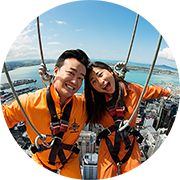 Inch along a narrow walkway around the Sky Tower, high above Auckland. No handrail, nothing but thin air and the city 192 metres (629ft) below, SkyWalk is an exhilarating challenge you’ll never forget. Our guides point out Auckland attractions, tell you stories and challenge you to daredevil tricks. For a big New Zealand adventure, 360° panoramic views of Auckland and extraordinary memories, plus it also includes FREE Sky Tower pass. 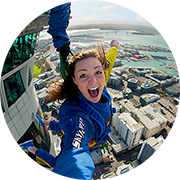 SkyJump is an incredible adrenaline rush in the heart of Auckland and New Zealand’s highest jump. It can be described as Base jumping by wire. You’ll plummet 192 metres (629ft) off the Sky Tower at 85km (52mph) an hour! Completely safe and utterly unforgettable. If you’re looking for things to do in Auckland, don’t miss SkyJump. It also includes FREE Sky Tower pass.

Welcome to the Home of Bungy. This is where it all began back in 1988 with the world’s first commercial Bungy jump site. Our Bungy centre overlooks the Kawarau River and was purpose built into its dramatic landscape. This unique location won’t fail to impress guests. On-site kitchen facilities mean that we can cater to a variety of events including gala dinners. Combine our activities, stunning location and event experience to WOW your guests!

Overlooking the jaw dropping Nevis Valley, we boast three of Queenstown’s most extreme activities, the Nevis Bungy, Catapult and Swing – the ultimate team building experience. To ignite the spirit of your conference delegates you need an environment that energises and excites, and this is it. This site lends itself perfectly to high flyer incentive groups.

This unique site, located in the heart of Queenstown, will take your breath away. Ride the gondola to the Skyline complex for panoramic views of Lake Wakatipu and then Bungy and Swing out over town. Enjoy an evening of private night jumping with views of the Queenstown lights below. The Ledge Bungy and Swing are ideal options for team building and incentive groups.

The base for Auckland Bridge Climb and Bungy has been affectionately dubbed ‘The Bach’ reminiscent of beachside BBQ’s of yesteryear, the Bach is an inner-city haven located on the waterfront at Westhaven Marina. Easily accessible and with amazing views over the harbour.

ADVENTURE IN THE HEART OF AOTEAROA

Nestled on a cliff-top surrounded by native bush and walking trails is the Taupō Bungy & Swing site. The luscious views over the river make for an easy, relaxed atmosphere. Our covered deck area overlooks the Bungy and Swing platforms, making it the ideal environment to calm the nerves or work up the courage to tackle one of our activity options.

Set in the rugged Skipper’s Canyon back-country is the Pipeline Bungy, this historical site takes its name from an old water pipeline that was used in the early gold mining days. This is the only exclusive Bungy Jump site in New Zealand. We open up this site specifically for your private group, this means unbeatable bragging rights!! This experience combines high adrenalin with breath-taking backdrops.

Maximum Capacity: 50 standing
Available to hire for a half or full day we can cater for groups of 20-40 jumpers plus additional spectators.
Activities: Pipeline Bungy
Hours: 9.00am-4:30pm (able to operate activities until nightfall on request)
Location & Access: Located 45mins from central Queenstown
Find out more
BOOK NOW